Harvest, Delivery to the Food Bank 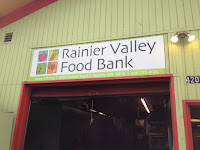 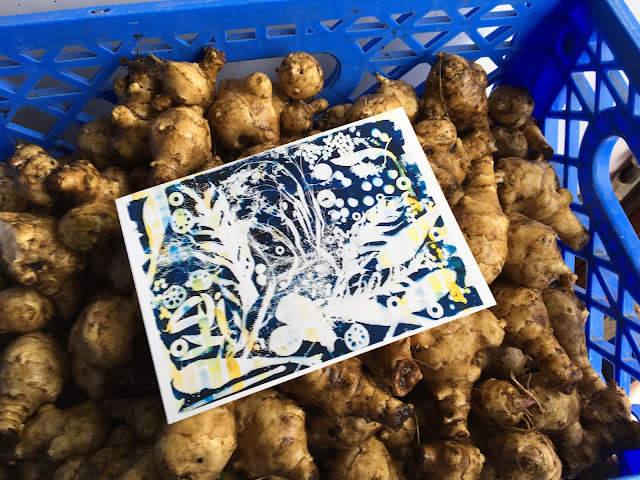 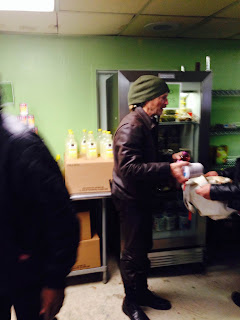 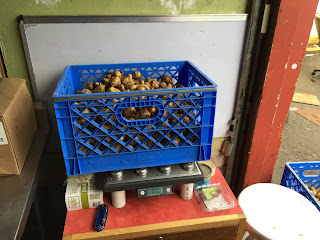 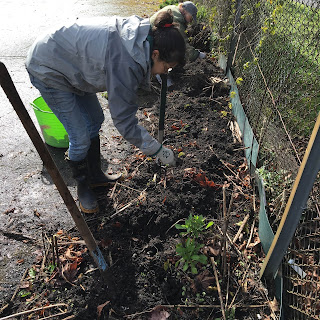 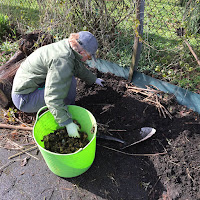 A narrow border to the basketball court was used to create a growing space for the sunchokes which yielded 72# this year. Nutritious, delicious, and at $4.99 per pound recently at Whole Foods Market, a gold mine. 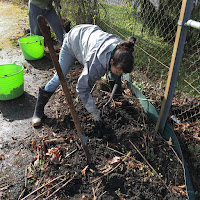 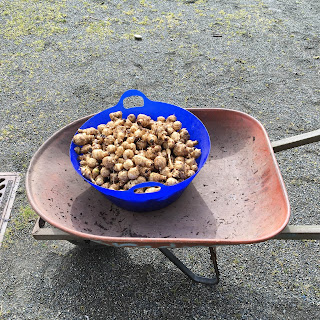 Posted by Isobel at 1:37 AM No comments: 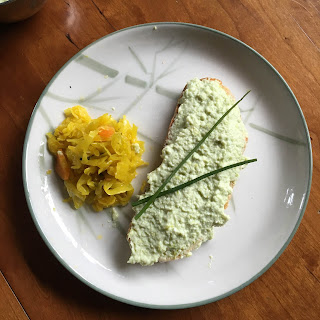 Hand mash or blend ingredients in a food processor
(First time I used garlic no lemon, second time I used lemon and no garlic...) 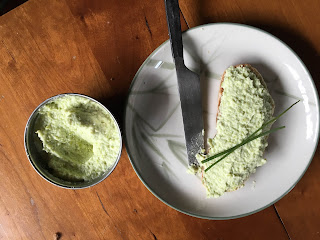 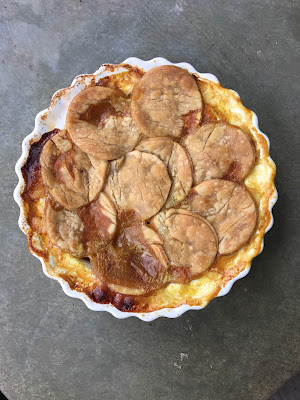 
Sweet small individual pot pies actually hold a lot of filling. Sweet and tastey to bring to a pot luck such as after the Bradner Gardens work party.. Bradner gardeners enjoyed them! 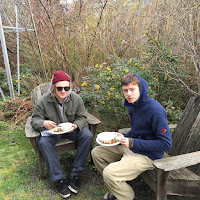 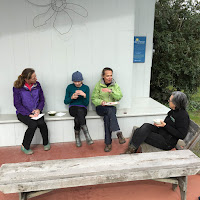 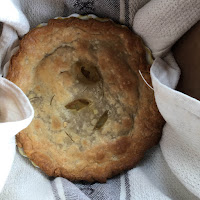 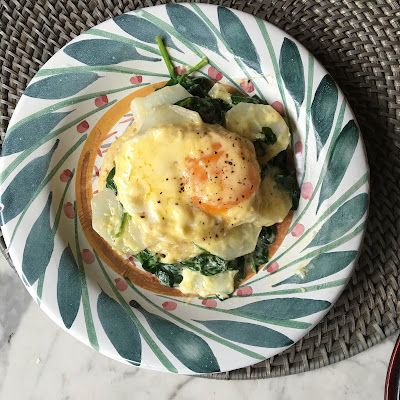 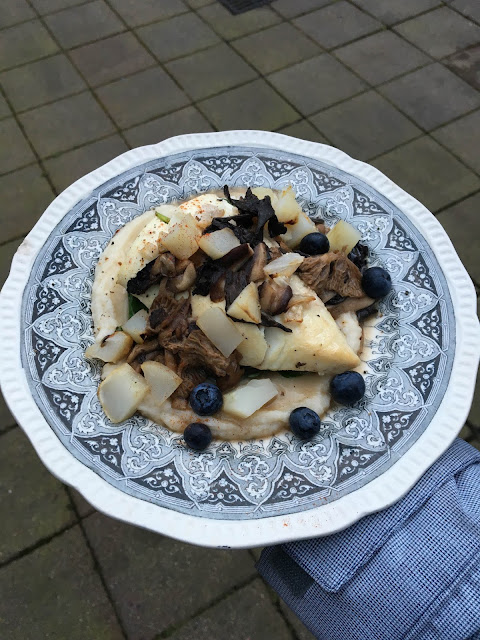 This dish featured halibut that was smoked in my stove top smoker, along with some sunchokes, shallots, and thyme, s&p and brushed with olive oil. Wild mushrooms sauteed in butter with lemon. Served on sunchoke puree (boiled sunchokes with broth from cooking, a little cream, S&P), topped with a shake of smoked paprika.

#22 Sunchoke Gnocchi with pancetta and chives 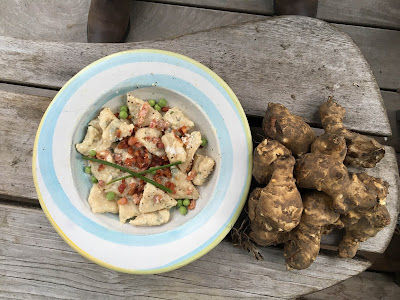 This super hearty meal would be good after an afternoon of splitting wood, snowshoeing, a kayak paddle on cold water, or city walk in the bitter cold. Something warm and comforting to come home to. Sunchokes produce in a less heavy result than potato, as it's fiber rich and not a starch. Next time I'll reduce the potato and flour even more and see if it works. 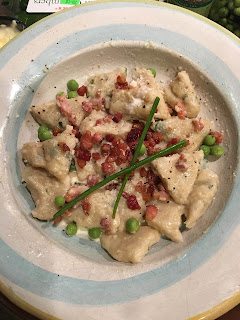 We substituted mashed sunchokes for most of the potato in potato gnocchi with great results. This is a recipe under development. If you have contributions to make, let me know!

The boiled sunchokes were pretty water logged, so I ended up adding more flour than I'd like. I might try steaming or baking the chokes to reduce liquid next time. I'm eager to see what happens if I eliminate the potato.

I used heritage Einkorn flour, but all-purpose flour should work.

1. Mix sunchokes, potato, parmesan cheese, chopped chives, lemon zest, salt and pepper.
2. Stir in flour, reserving 1/4 cup. Work in one egg and as much additional flour needed until dough stops being sticky and hold up well enough when you pinch a piece off.
3. I flattened the dough on a board, cut into strips, made a ruffled pattern in the dough with a chop stick, cut into triangle shapes, and added in batches to the boiling liquid. When done, after about 6 minutes, drain, then add toppings. Enough for 4 servings. 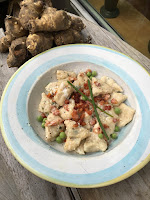 These knobby tubers are obscure to some of us. Sharing preparation ideas for the abundant crop helps others discover the deliciousness of the bounty and connects people to good food. Grows like weeds, productive, beneficial nutrition, a plus for food security.

Do you have preparation ideas for Jerusalem Artichokes, aka Sunchokes? We'd love to post photos and descriptions of how you prepare them. Email Isobel at sunchoke.good@gmail.com

A project from Isobel Davis Art

Do you have a smartphone? Download a free QR Reader to scan these codes. Scanning on site will bring you to this blog. 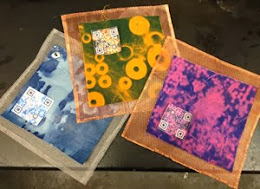 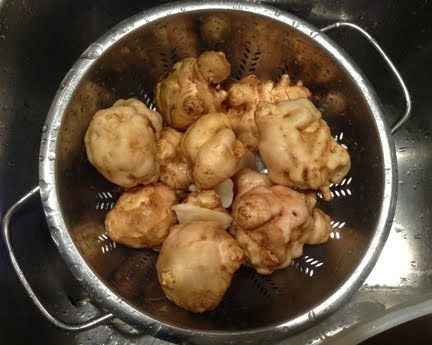 The Jerusalem Artichoke bed is at Bradner Gardens Park P-Patch. It's a great place to garden. Learn more.